The new exhibit, opening September 16, uses imaginative play and the un-scary UnMonsters ™ to teach about healthcare and make hospitals less scary for kids.

This month, the Glazer Children’s Museum and Evolve Personal Health are excited to introduce a new FREE outdoor series that focuses on teaching children mindfulness through stress-relieving programs like yoga, meditation, and art.

Imagine shaping the land around you, moving mountains and creating oceans with the touch of your hand. You can now make that dream a reality at the Glazer Children’s Museum. The museum, in partnership with Tampa Bay Water, has a new interactive exhibit that gives guests of all ages and abilities the power to build unique environments and see how the plants and animals that live there respond.

Through innovative experiences, GCM serves as a top-rated museum and a community steward, using its assets to connect children and families with learning opportunities and resources necessary for each and every child to reach their full potential.

The Glazer Children’s Museum Opens MathAlive! on May 27

The Glazer Children’s Museum and Raytheon bring MathAlive!® to Tampa this Summer. The one-of-a-kind interactive math and science exhibit has drawn record-breaking crowds across the U.S. and is visiting Tampa on its military tour.

The Glazer Children’s Museum hosted educators and members of the community at Education is Key on April 27, honoring one outstanding student and educator in Tampa Bay, and making several big announcements.

The Glazer Children’s Museum will honor one outstanding student and educator at the Education is Key Breakfast on April 27, 2017. Keynote speaker, Dr. Michael Rich of Harvard University, will discuss children’s media use and implications for their health and development.

Two of Tampa Bay’s learning leaders ignite a collaboration that makes both museums more affordable for families. The Museum of Science & Industry (MOSI) and Glazer Children’s Museum are stirring together some of their strongest elements to create a powerful reaction called Science Alliance, a new collaboration that saves families money and opens up new options for fun learning for kids across Tampa Bay.

The National STEM Video Game Challenge announced today the winners of the 2016 competition. The 24 middle school and high school winners were recognized at an award ceremony at National Geographic in Washington, DC, with top original video games and game design concepts selected in 18 categories from nearly 3,000 entries.

The Glazer Children’s Museum is proud to announce that seven community leaders and early childhood advocates were nominated onto their Board of Directors on Tuesday, October 11. The nominees ranging from various career backgrounds were chosen to help establish the Museum’s future plans and direction as one of the top five Children Museums in the Nation.

The Glazer Children’s Museum is merging innovation and education with the opening of their brand new, interactive experience, SMALLab. SMALLab, which stands for Situated Multimedia Arts Learning Lab, will premiere to the public on Sunday, April 3 and is the first of its kind in a U.S. children’s museum.

The Glazer Children’s Museum is proud to announce their two official winners to be honored during the Annual Education is Key Breakfast, happening Friday, April 15. Each year, Glazer Children’s Museum honors one outstanding educator and student in the Bay area who exemplify what it is to work hard to develop as a lifelong learner and leader, closely aligning with the Museum’s mission.

Tampa Stories at GCM: Share Your Story and Become a Part of Tampa’s History

The Glazer Children’s Museum Named Top Museum in the USA

On November 30, 2014 the Glazer Children’s Museum will host Sunshine Sundays, an award-winning program, supported by Publix Super Markets and VSA Florida. Between the hours of 10am-1pm, the Museum will close our doors to the general public and only allow exclusive access to children with special needs and their families.

Find out what's happening
at GCM in your inbox. 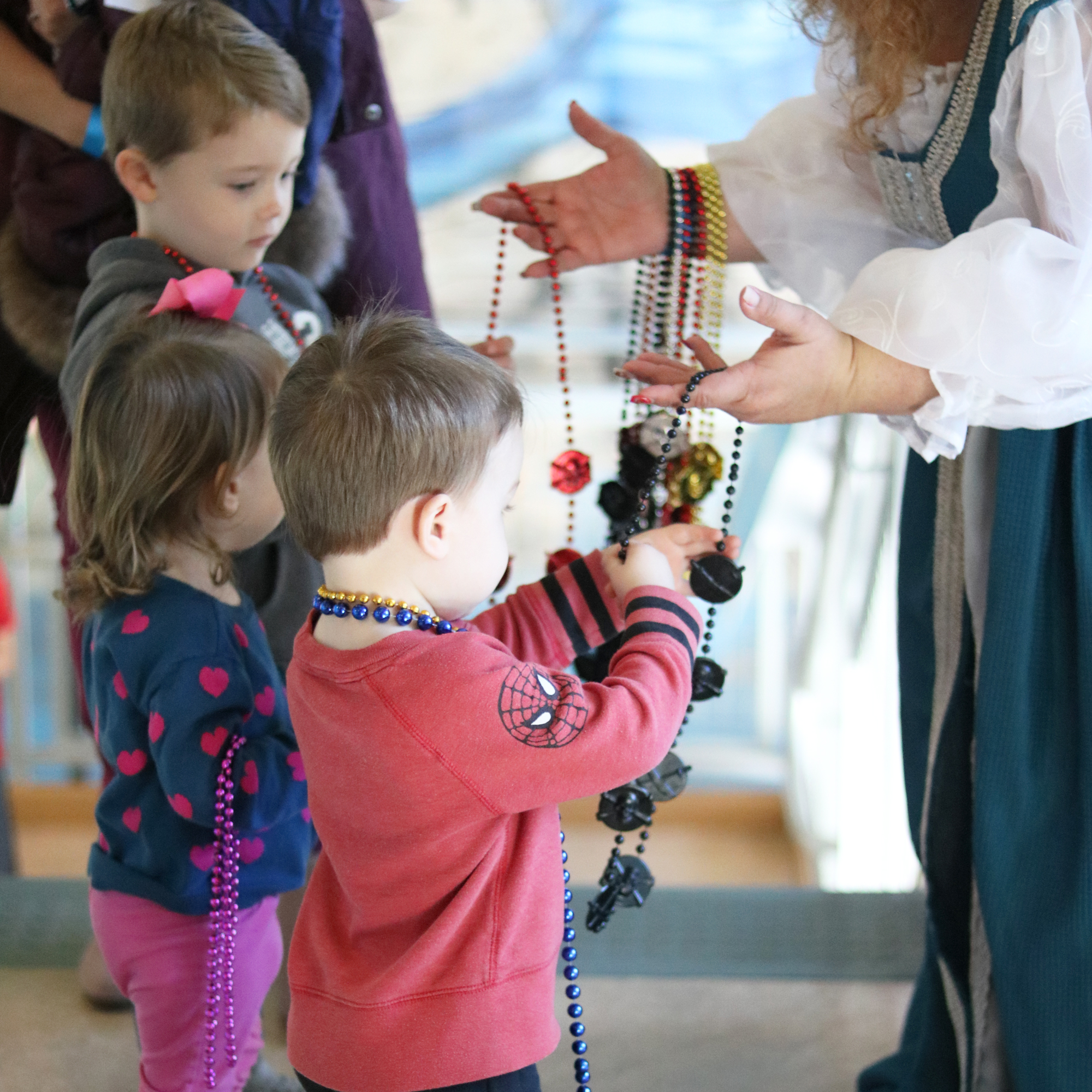 Arrgghh, GCM will be closed January 25 for the Gasparilla Pirate Festival! We’ll reopen and sail the seven seas on January 26.